With the Oscars looming on Sunday, February 22, GonzoGeek will be previewing this year’s awards with a look at five major categories…with some help from a Nintendo 64 game. 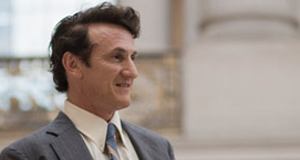 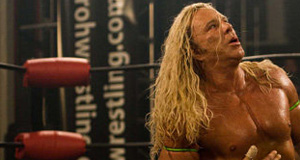 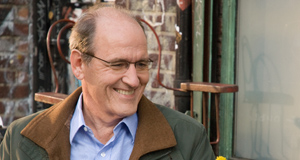 A trio of virtuouso performances lead a rather stacked slate in this category.  The hype around the award (and really, the entire Oscar ceremony) involved the redemptive tale of Mickey Rourke, the Hollywood castoff who just might revive his career after an art-imitating-life take on a fallen wrestling superstar coming to terms with the consequences of the life he chose.  Rourke won a Golden Globe for the role and has used the opportunity to cultivate his rebel image once again.  Another former rebel serves as a chief adversary in this category, as Sean Penn’s take on homosexual politician/advocate Harvey Milk stands in direct contrast with the actor’s own public image.  Rounding out the group of favorites is Frank Langella as fallen president Richard Nixon, a role for which he won a Tony Award in Frost/Nixon’s original stage version.  All three are credible and defendable choices as Best Actor.  The fringe candidates are Brad Pitt as the awestruck reverse-aging Button (notably playing the character at all ages via CGI and makeup) and Richard Jenkins rounding out a busy, character-actor-y 2008 (Step Brothers, Burn After Reading) with an understated and brilliant showing as a college professor whose life is upended when he finds two immigrants squatting in his Manhattan apartment.   The odds don’t reflect the depth of the performances, but all five nominees are worthy of praise for their efforts.

Mickey Rourke – I don’t think it will surprise anyone that I’m picking Rourke. Most will think its because he’s in a movie about a wrestler. It’s not. I’m picking Rourke because I think the Academy will take this opportunity to award Rourke for his early achievements before his career goes off the rails and he agrees to “Harley Davidson & the Marlboro Man 2: Back in the Saddle.” The Academy loves a comeback. It also loves a “career” award. Those two things collide this year in Rourke. Plus, and this is the real crux of my choice, it gives the Academy a chance to award Rourke for creating a whole genre of movies that’s kept marginally talented and marginally attractive people working since the mid-80s. That’s right, I’m talking about the soft-core Skinemax genre. All those movies get made because of “9 ½ Weeks.” Simple as that. If it weren’t for Rourke and Kim Basinger using condiments as erotic devices we’d never have such the “Busty Cops” franchise. Seriously. Mickey Rourke is responsible for a lot of guys getting to simulate sex and get paid for it. They’ve already found a way to thank Kim Basinger. She got an Oscar for “LA Confidential.” This year it’s Rourke’s turn, and he can leave his hat on.

Frank Langella – This one is a close race between Langella and Mickey Rourke. Much as I’d love to back wrasslin’ in any format, I think the Academy will find Langella’s role the more palatable of two outstanding performances. Sean Penn went full gay, Brad Pitt went full backward-aging, and I didn’t actually know Richard Jenkins was that dude’s name. Good on ‘im for the nod though.

Sean Penn – Let’s be clear:  I WANT Mickey Rourke to win this award.  But I don’t think he will.  The Academy’s across-the-board snubbing of The Wrestler (Darren Arnovsky for Best Director, Robert D. Siegel for Best Original Screenplay and Bruce F’NG Springsteen for Best Song were all egregiously slighted) does not bode well for Mickey.  Yes, everyone loves a comeback, and yes, he turned in the performance of the year, but the Oscars of late are rarely about who is the best.  My inner cynic (who also doubles as my outer cynic) says Rourke will be left out here.  The Academy is afraid of gay characters, but not ones that die at the end.  Sean Penn turned in a strong performance that (most importantly) goes against the gruff image he has in Hollywood.  As much as Oscar loves a comeback, he loves people going “full-retard” more.

Oh, yeaaah! This one goes out to all the little Mickey-maniacs out there!! Mickey’s tried his best to throw his career away for as long as he’s had one, yeaah! It is a miracle he’s still alive, cogent, and working, ya roody-poo, candy ass Jabroni. That’s the kind of story Hollywood likes, because Stone Cold says so!!. Expect Mickey to show up for the ceremonies in one of Rick Flair’s old robes, stylin’ and profilin’ down the aisle, before smashing the Oscar over the Sean Penn’s head. WHAT? Mickey-mania is running wild, my brutha!

Seriously, though, Sean Penn is out because as much as Hollywood likes gays, it is only as set directors, craft services and AIDS victims. Langella’s out because he’s playing Nixon. His chances would be better playing Satan. No one knows who Richard Jenkins is and as for Mr. Pitt, he was married to Jennifer Aniston, and now to Angelina Jolie. He’s already a winner.

Rourke = Triple H:  Gave his life for the business and probably won’t ever be able to give it up.

Penn = Steve Austin:  Fought for what he believed in against the man, had careeer cut short due to health issues (death/knee injuries).

Langella = Kane:  Large, evil entity with an inferiority complex and a penchant for smoke and mirrors.

Pitt = Jerry “The King” Lawler:  Somehow gets more childish as he ages.

From the opening bell, Rourke is intent on taking Langella to task, beating him from pillar to post despite Langella’s attempts at escaping. As things heat up, Mickey and Sean Penn both attempt to show that they’re the best and can’t help but get in each others’ way. In the ensuing confusion and chaos, Langella takes control of Rourke with some help from Brad Pitt. A group beatdown ensues, and after a Tombstone piledriver, Rourke is pinned by Langella at 7:58. Eager to rub in the devestating loss, Langella proceeds to Tombstone Rourke two more times before sending him to the outside. After laying waste to Brad Pitt outside the ring, Sean Penn returns to take it to Langella for his disrespect of Mickey Rourke. Pitt recovers in time to join in on the action again, and Karma comes back to haunt Frank Langella, as he’s eliminated by Penn at 11:22 after a double-team move. With Pitt already on his last legs, Penn moves in for the kill. He KO’s Brad with a Stone Cold Stunner and makes a pin attempt, but Pitt’s foot is on the ropes. A brief struggle ensues, and Sean Penn eventually takes Pitt out with a massive…hiptoss at 12:08. Seriously. In related news, Brad Pitt is a pretty little girl.

* Wrestlemania 2000’s selections are made via a four-man elimination match simulation on the Nintendo 64 title. The nominee with the longest odds** does not get represented in the match. For more information on how Wrestlemania 2000 picks the winners, click here. The only change for 2009 involves assigning each nominee a wrestler according to their likelihood of winning per Vegas odds.

** Odds are provided by /Film. It bears noting that /Film is by no means a professional oddsmaker, but the figures presented aren’t intended for actual betting.

One thought on “GonzoGeek Picks The 2009 Oscars: Best Actor”