“Teamwork Baseball is committed to developing player skills and sportsmanship.” That’s what the website says. True enough; as long as they believe the player is ‘worth’ continuing to develop. If not, any number of exciting alternate possibilities emerge, none of which have anything to do with coaching or sportsmanship.

It’s possible that the main coaches will stop coaching a player altogether, up to and including a scenario like the following:

Two outs. Last inning. Down by two with the tieing run at the plate. The devalued player is at second. It is the last regular season game, with playoff seeding implications. A very good time for the coaches to be as on their game as they’re asking the players to be. But the third base coach has written the player at second off. So much so that he doesn’t even acknowledge there’s a baserunner out there. When the player slides into third on a successful steal attempt, said coach still makes like no-one is on the base paths. Not just no ‘good job, here’s what’s next,’ but not even a glance in that direction. The player takes his lead off third and scores when the batter hits safely. A lot of his teammates are justifiably excited. There is no acknowledgement whatsoever from the coach as the player goes back to the dugout.

I happened to filming that day. The whole chain of events is right there in red and white. Talk about cutting off your nose to spite your face.

It’s also possible that some portion of the coaching staff will run a ‘code red’ (you know, like in ‘A Few Good Men’) on the player, deputizing an older sibling to make sure the player never feels good about what he’s doing on the field or off. And he won’t be riding all the kids, just the one. If the player speaks up about it, he’ll either be told to stop being a crybaby by the involved coaches, or to just ignore it and keep playing ball by the others.

There were coaches who kept working with him, and given the environment, they deserve more praise than even all the countless other coaches out there who take up massive amounts of their own time in a good-faith effort to help improve the kids of their community.

They help develop his skills. They help steel him from the barbs. You do the same at home; preaching the values of not quitting, of seeing through what you start. 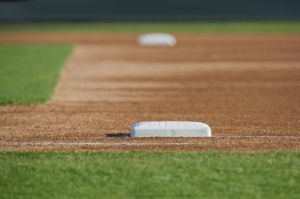 The preceding dynamics were at work for the last 5 weeks (April-early May) of a season the started with practices in January. Shortly after the final regular season game, the player hurts himself at his school’s field day. He asks if he can stop, now that he’s seen the team through the full regular season.

The difference between ‘quitting’ something and leaving a patently unhealthy situation becomes very clear at a time like this. You say yes, especially since the player might not be able to practice for a while anyway and compose an e-mail to that affect, letting Teamwork know that they should plan on not having said player on their post-season roster and thanking those who continued to help him along. The two of you literally never think about the team again.

And evidently you weren’t alone. Because no-one from the team ever responded in any way. No ‘sorry to see you go’ or ‘have a good summer’ or ‘see you next year’ or anything. “Fair enough,” you think to yourself, “at least they seem to know the score.” Good riddance on both ends.

Some time goes by and the player comes home asking if you’d heard that Teamwork won the end of season tournament? “No, I hadn’t. But good for them.” A day or two later you get a group e-mail from the team with details regarding the end-of-season party. Probably just an oversight; a team mom forgot to take you off the e-mail list.

The third calls the player out by name; ‘hoping that he’ll come’ and letting him know they’ve put a championship ‘trophy aside for him.’ You decide it wouldn’t be right to not at least loop the player in. He says he wants to go. That he’s got friends on the team he wants to see. You remind him that probably not everyone is going to be happy to see him, his having ‘quit’ the team and all, and that the older sibling in particular would certainly be around.

You both mull it for another day or two, decide the invitation seems very sincere and that you both should go, if only in the evident spirit of putting a good end to things.

This is when the possibilities really start to multiply.

People – adults and children alike – are generally playing well with each other. It’s a beautiful day at the home of the third-base coach, whose company Teamwork Construction Services is also the team sponsor. The kids are in and out of the pool. The adults are eating and hanging out. The player complains a couple of time about kids, including Mr. Code Red, using him for target practice with the pool balls and what not. You advise him to stay away and just play with the ones he’s having fun with. He does so. The other kids don’t relent. So he sits out for a while. One last trip to the pool is made before departure. The abuse resumes, and this time the player snaps.

He winds up and pegs the co-player who kept hitting him with the ball. When Mr. 14 year-old Code Red brother gets in his face he doesn’t back down from him either.

Now the joint really starts jumping. Sponsor/third-base coach is also Code Red’s dad. He grabs the player, throws him to the ground, and holds him there, pressing hard enough that the player later says he couldn’t breath and was afraid his teeth were going to get pushed out.

But the possibilities don’t end there! It’s also possible that another of the coaches gets a few licks of his own in on the side while the player is being held down. More on this cool guy later, but picture it if you will….two 40ish men double-teaming an 11 year-old boy.

You arrive on the scene immediately after they’ve pulled him to his feet, still one on each arm. Bright guy that you are, you decide it’s probably time to leave and instruct player to gather his belongings.

Host/etc. says he needs to escort you off the property. You insist that really isn’t necessary, but whatever. During the walk down the long rural driveway the three of you engage in a heated but non-shouting discussion regarding how disappointed each of you is in what a jerk the other turned out to be.

As you’re waiting to cross the road to where you’ve parked, who should make his return but Mr. Licks-In! Walking down the driveway, hollering names, almost literally beating his chest; basically appearing to be having a flashback to some keg party he was once king of.

As his approach continues and you cross the street, Capt. Kegger gets a couple more verbal shots in, bellowing: “Just get out of here NERD!!!”

You’re frozen in space and time for a moment. Nobody has called you a nerd with such sincere anger and hatred since at least ninth-grade.

Hahaha. Joke’s on me I guess, Col. Cool isn’t stuck in a suspended college reality, he’s still a high-school jock. Really. His head is stuck at 16. It suddenly becomes clear why he literally never spoke to you about any issues he might have had with the player: he still had trouble talking to grown-ups! 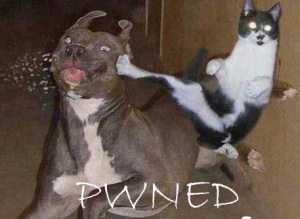 Of course the best is saved for last. He hollers at the 11-year old player, repeatedly, “Come and find me once you turn 18!” I’m not quite sure what his intent was. He only dealt with him at 11 once another grown man already had him pinned to the ground. Maybe he was just using some sort of cool lingo beyond the likes of us simple nerd-folk..

As 11U champions this past year, Teamwork will be playing 12 AA in the season ahead if they keep enough kids around. Just thought everyone should know about the possibilities that lie ahead for their kids and themselves should they choose to get involved.