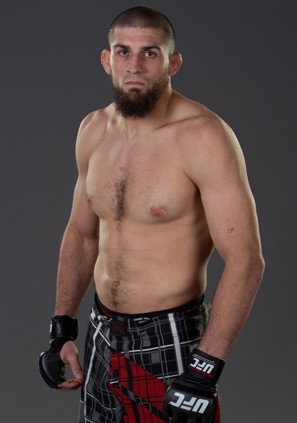 When last we checked in with our Ultimate Fighters, several personnel moves led us to the precipice of the quarter finals.  Before we can get there we’ve got to go through the wild card fight.

New to this season, the wild card fight gives a pair of fighters a second chance to advance.  Last week, Uscola and McCray were chosen for this fight.  The fight is a bit of a letdown as McCray wins by submission in the first round.  With that, McCray joins the elite 8.

Dana White calls Chuck and Tito in for a Q&A on their thoughts on the quarters.  As usual, the meeting breaks down when Ortiz and Liddell are in the same room.  White takes their requests under consideration and excuses them.

White gathers everyone together and announces the pairings.

The pairings for the quarter finals are:

Shortly after the pairings are announced, Nick Ring visits his doctor.  The doctells him that his ACL needs another reconstruction.  Ring then tells Dana White that he has to withdraw from the fight.  White tries to coax him to stay, but Ring still backs out.

White meets with the remaining fighters to tell them someone will get to take Ring’s place.  After White leaves the house, Hammortree chases him into the driveway and asks for the fight.  White likes his moxie (that’s right, I said moxie) and returns to the house to tell everyone that he is giving the fight to Hammortree.  Joe Henle is not pleased.

We go right to the fight.  After a good first round, Hammortree gets caught in a guillotine and is forced to tap out.

Court McGee is your first semi-finalist.