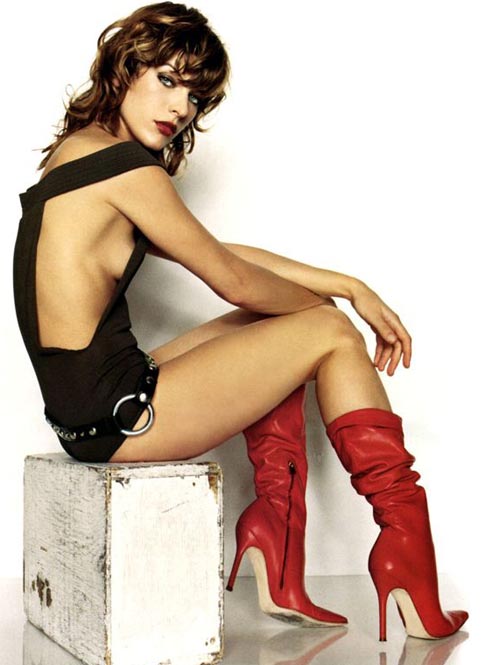 First things first, thanks, once again to Chris for filling in for me so ably on our weekly jaunt around the web.  Well done sir.  Well done!

Can you feel it?  Summer is fading and fall is in the air.

Football, of every kind, is back underway.

The Boys of Summer are heading into the home stretch and looking for the next Mr. October (or is it November now?).

The networks are blasting us with promos for new fall shows.

As we roll toward the holidays and the inevitable Black Friday that is to come, let’s sit back and enjoy this week’s cheesecake, shall we?

Ms. Jojovich’s geek cred is strong.  In addition to the Resident Evil franchise, she has starred in such other geek fare as The Fifth Element, Ultraviolet, Zoolander and the seminal 70s high school stoner flick, Dazed and Confused.

VH1 referred to her as “the reigning queen of kick-butt.”  Hard to argue.

Double standards in the NCAA?  The hell you say.

Get to know Darth Vader…behind the mask.

Ole Miss really shoulda gone with the Admiral as a mascot. Who better to warn the Rebels before their loss to Jacksonville State that “It’s a trap!”??

Now you can be The Man Who Fell to Earth.

Innovative and entertaining retail site.  Just open it and let it go.

We’ll miss you Mike.  Just don’t spend too much time messing around with A7X.

13 books nobody has read but says they have.

A look at some of this fall’s returning TV shows.

Followed by a look at the best and worst of the new crop.

Bruce Campbell working on “The Expendables of Horror.”

Lou Reed says no to Susan Boyle.  We could all learn something from Lou.

Wyclef v. Sean Penn – Round Two.  Somebody get Dana White on the phone please.

Werner Herzog discusses WWE, or, as he calls it, Wrestlemania.

The New Yorker on Sharon Jones and the Dap Kings why music doesn’t have to sound new to sound original.