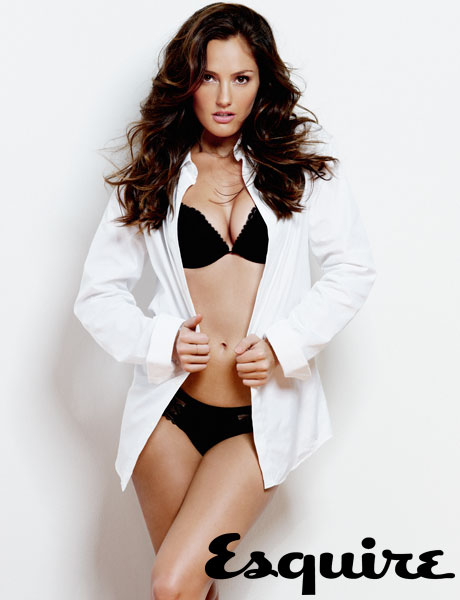 Welcome to the weekend dear reader(s).

I don’t know about you, but I could use a drink, or two, or three.

If its a weekend in the fall that means sports.  Lots and lots of sports.

Like football?  You’ve got NCAA and NFL to choose from.

You know what I forgot about?  High school football.

That’s right, the proverbial friday night lights get us to this week’s cheesecake.  Say hello to Minka Kelly.

This week Ms. Kelly was named the “sexiest woman alive” by Esquire magazine.  Judging by the photo above, they may be on to something.

Ms. Kelly is perhaps most famous for her role as a cheerleader on Friday Night Lights (see what I did there?) and for being Derek Jeter‘s main squeeze.  No wonder Jeter doesn’t seem to grip quite as hard as A-Rod this time of year.

And just in case you forgot who Ms. Kelly took the crown from, let’s take a trip to last year in the GonzoGeek Way Back Machine

Unearthed gem #2.  This time from the Confessor.

Tequila is good for you.

They were the Prime Mover, they preached backseat education, and fed Frankenstein…now they’re BACK!

Netflix recommendations are getting WAY too specific.

A list of the differences between the East and West coast feeds of last night’s live episode of 30 Rock.

Karma catches up with Bret Favre.  The Simpsons are there.

Danny McBride on the art of being Kenny Powers.

Oh how the mighty have fallen.  Justin Beiber makes Tom Brady his bitch.

90’s sketch comdey.  See who all you recognize.

I bet the Power Point wasn’t all that went viral.

The most wanted out-of-print book?  Not what you’d expect.  Or maybe you would…you perv.

And finally, begun these Beiber wars have.