I came to a realization this week.

That realization?  That my kids are getting older and at some point I’m going to have to explain the noble pursuit that is GonzoGeek to them.

Sure, they understand that dear old dad and some of his friends have a website, but they don’t really understand what that means or involves.  It became even more apparent the other night when, upon looking at the forthcoming design of our update, they asked me why we had girls in bikinis on there.

That led us into a discussion of traffic and hits.  It also led to so seriously glazed eyes.

What?  Why yes, I did mention an update.  Thanks for paying attention.

We’ve been promising an updated website since the end of 2010 and now, dear reader(s), its arrival is imminent.  Imminent as in Monday I’m told.  When you drop by on Monday you should see a whole new look for us here at the ‘Geek.  Its a change we’re VERY excited about.

And that’s not our only big news.

We are currently in discussions with a certain columnist.  If things go well, he’ll be bringing you his musings on all things sporting and entertaining.

Just this very morning we got confirmation that a quartet of your favorite Geeks will be attending Comic-Con International in San Diego (Whale’s Vagina for all you German speakers out there) in July.  More details on that in the coming weeks.  Just know that we’ve been planning that one for a while and we’re all VERY excited about the chance to attend and report on the premiere Geek event of the year.

Don’t worry, we won’t forget to dance with who brung us.

This week’s selection comes from Aamir.  Here’s what he had to say about her…

This week’s Cheesecake is Anna “Aya” Stefanowicz, vocalist for the Polish band UNSUN.  Aya is married to Maurycy “Mauser” Stefanowicz, who is the guitar player for UNSUN and ex-member of the highly lauded Polish death metal outfit called VADER.  She’s got a great voice, is very easy on the eyes, and has a really cute Eastern European accent.  UNSUN are easily and quickly tagged with the “Gothic-Metal” stamp, but I feel they are a lot more accessible than that.  The music is heavy, but the melodies and arrangements are rooted in Pop sensibility.  The latest UNSUN record is called “Clinic For Dolls” and was released in October of 2010.  The production is killer sounding and the songs are catchy, really fun and kinda kitchy too…but who doesn’t like a little bit of cheese now and then.

Get your old-school insults here.

The Future: According to Google Search results.

Two morons find love…with each other. Truly though, god bless ‘em, and may they live forever after in blissful happiness. We all deserve the chance to do that.

10 autobiographies every comedy buff should read.

James Franco to study at U of H.  Phi Slamma Jamma to be replaced by Phi Chokka Tokka.

And finally, in honor of our upcoming trip to Comic-Con, COSPLAY photos. 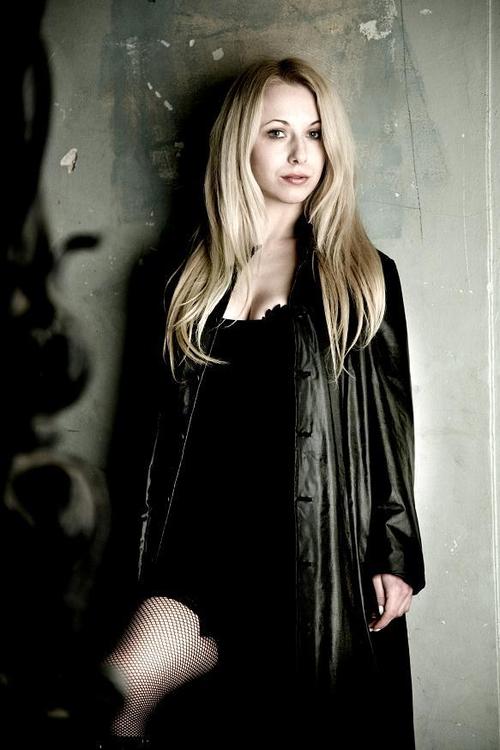